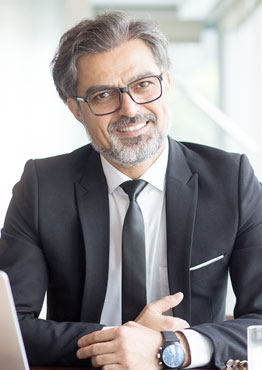 Non-European Manufactures and Exports can contact us for the EU Registration of your Medical Device. Hassle-free Import of medical devices into EU territory.

EU Representative is mandatory for Non-European manufacturers wishing to sell the medical device and In-vitro Diagnostic devices (IVDs) on the European market.

By definition according to the EU MDR 2017/745 and EU IVDR 2017/746, a European Authorized Representative is a natural or one who is legalized and established within the EU, who has received and accepted a written mandate or decree from the manufacturer located outside of the EU.

To act on behalf of the manufacturer in relation to specified tasks with regard to the latter’s obligations under the EU MDR/IVDR.

Given below are some of the roles and responsibilities of the EU Representative as per Article 11 of EU MDR and IVDR:

The E.A.R is represented on the medical device label with a logo as shown below.

Along with the logo, the name and the address of the E.A.R should be mentioned. Secondly, they are represented on the EU Declaration of Conformity (DoC) and thirdly on the IFU.

In order to designate an E.A.R., an agreement is signed between the manufacturer and the E.A.R. which essentially says.  In addition to the agreement, the rights and obligations of each party and the general manner of cooperation are also mentioned.

We are Regulatory Consultants and European Authorized Representative for Medical Devices and IVDs. Therefore, we understand your device better than any other professionals serving as EAR, EC or EU Representative. Our services are economic and faster. Drafting and signing will not take more than 10 days.

Any cookies that may not be particularly necessary for the website to function and is used specifically to collect user personal data via analytics, ads, other embedded contents are termed as non-necessary cookies. It is mandatory to procure user consent prior to running these cookies on your website.